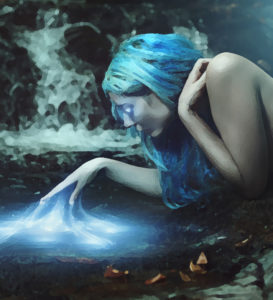 In an unusually chill Avechary, a croaking shout emerged from the Razines, as the ‘DAGGUM CLOUDS BLOCKIN’ OUT THE SUN’ were indeed to blame for the lowered temperatures. Arriving quickly, Portius Nitraedes of Hallifax and Lord Kogon of New Celest quickly found a crotchety old kelpie by the name of Totarue trekking his way further into the Mornhai Sanctuary. As more and more adventurers quickly flocked to the scene, among them Anita Zahah of Magnagora, and both Esoneyuna Mzithrei and Kistan Rithel of Gaudgiuch, they found he was quite unwilling to stay still, grumbling about his joints as he led them further and further into the sanctuary before arriving before the hot springs within.

When the grumpy old thing attempted to enter the springs, though, he found himself wracked in pain by some mysterious substance suffusing the water, and begrudgingly asked the adventurers for assistance. Joined in by Doman Trueflight and Ayisdra Ysav’rai of Hallifax, as well as Shaddus Trueflight of Magnagora who matched the kelpie in crotchety demeanour, the party quickly scoured the area for their answer, and were soon victorious as Anita quickly figured out how to clean the springs. It was Esoneyuna who gathered the tool to do so, however, and as one the party left to clean the springs!

When they had done so, Totarue was delighted, finishing off the job with a little bit of kelpie expertise, and discovered something surprising within belonging to the nearby aslaran. What further mysteries lie hidden within the hot springs of the Mornhai Sanctuary, just waiting to be discovered?