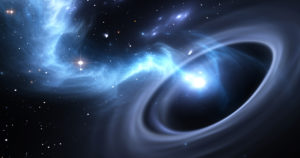 Suddenly, and against all probability, a void-whale manifested in the skies above Mount Avechna. Nearly slamming into its peak, the creature took flight across the Basin of Life, littering the ground with pieces of itself that had broken off during its reentry. Its wandering was not long, however. Attracted by the scent of a particularly potent pitcher plant, the void-whale crashed into the Lava Gardens in Gaudiguch.

Too weak and battered to take flight once more, the pitiful creature was aided by Malarious, Esoneyuna Talnara, Kistan Rithel of Gaudiguch and a curious Xenthos An’Ryshe of Glomdoring. Together they helped the whale find several of its missing pieces, and empowered it with essence from the Fire Plane. Soon joined by others, the creature tried to communicate its purpose to those gathered with its frustratingly limited vocabulary. Eventually, they discerned that there was someone it wished to signal, and told it of the beacon left at Mount Avechna by Estarra, the Eternal.

Newly empowered, and informed of what it needed to complete its mission, the void-whale took to the skies with purpose. That is, until it saw some lovely shimmering leaves down below and decided to investigate the Serenwilde forest where it was greeted by Yugifyre Calithel, Yacari, Athemal and others of the commune. It learned little there beyond its inability to absorb cheesecake, and that the branches of the Mother Moonhart were not very tasty. It took the skies once more (only breaking a few branches on its way out) for the peak of Mount Avechna.

Whale the others waited at the top of Mount Avechna, the beast once again decided to take a detour, this time descending in the Tainted city of Magnagora. There it met Maeko i’Vipere, Kalnid, Marcella n’Lochli, and Pypo. Marcella and those gathered attempted to explain, among other things, what mortal were exactly. Upon learning that they were splintered Elders, the whale excitedly hurried to its final destination on Mount Avechna to summon its creator.

The whale sang its song and the beacon pulsed its message out into the Void. Moments later, a flash of cosmic light erupted from the peak, revealing the newly returned Elder God: Ein, the Restless. Known previously only as the Fifth Circle god that voted against the Elixir, Ein revealed that the whale was but one of many that He had created to search the Void. Fascinated by mortals, the Elder questioned them for some time at the peak, learning all He could about what had happened in Lusternia during His long absence.

After learning of several volunteers for future experimentation, Ein retired from mortal view to tend to the damaged void-whale and explore a much-changed Basin, vowing to return before long.