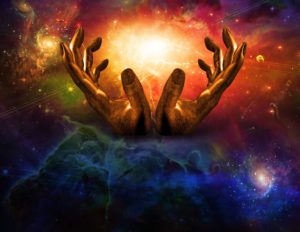 When the High Prophet Ghani n’Rotri was corrupted during the Taint Wars just before the Fall of the Holy Celestine Empire, he was captured and held in a dimensional prison by the Illuminati of Gaudiguch. For centuries, he was maintained there by the immortal guardians of the prison, but then finally escaped. Using his powers of prophesy, he manipulated events twisted fate for his dark purposes. Events culminated in the return of the Dread Lord of Contagion and eventual weakening of the Nine Seals that hold the Soulless Gods. As stated in the histories under Coming of Estarra, when the Nine Seals are weakened, there is only one way that they can be recharged: through the ascension of a mortal!

If you win a challenge and become eligible to be one of the nine finalists, that does not mean you have to participate in the final challenge. For those who have won a preliminary challenge and have decided to actively pursue the ultimate reward of ascending, you need not be a top combatant. However, you will most likely need allies to protect you while you hold the Staff of Ascension. Thus, the strongest contestants will be those who can gather the heaviest support from other members of the playerbase. This is important for everyone else to keep in mind when throwing support behind a contestant: You should be choosing who to support based on who you think will make the True Ascendant.

Winner: Tarken
Description: Amidst the hundreds of hamsters released during this challenge, the Purple Hamster of Chaos will be hidden amongst this furry hoard. This is not as easy as it seems as the Purple Hamster of Chaos is not as easy to hold as one might imagine! Whoever holds the purple hamster at the end of the challenge will receive the Seal of Chaos.

Winner: Malarious
Description: This challenge will test the skill of influencing. Whoever influences the most denizens will receive the Seal of Harmony.

Winner: Marcella
Description: Who knows the geography of Lusternia best? This challenge consists of a scavenger hunt to find out the answer. The winner will receive the Seal of Nature.

Winner: Kalaneya
Description: This challenge is a rigorous quiz about the nature of Lusternia and its history. The winner receives the Seal of Knowledge.

Winner: Veyils
Description: Who can save the most denizens? The winner receives the Seal of Life.

Winner: Ixion
Description: A rather dark challenge: whoever kills the most denizens wins the challenge and receives the Seal of Death.

Winner: Taevyn
Description: Using the skills of debate, contestants will see who will come up on top in a series of debate challenges. The winner will receive the Seal of Justice.

Winner: Jaspet
Description: A double elimination style tournament will be held among all competing teams across two days. Teams of three will battle it out with the slaughter culminating in the championship match on Sunday. The winner, selected from the winning team either by unanimous vote or through a FFA, will receive the Seal of War.

Winner: Xeii
Description: The Trademaster of each trade cartel may submit one design (either public or cartel-specific) on behalf of the cartel. The artist of that design must be specified as it needn’t be the Trademaster. For example, Trademaster Tom of the Lollipop cartel may submit a design and specify Jane as the artist. If that design wins, Jane would be considered the winner of the challenge. To enter, the Trademaster should message the Charites with the Cartel’s entry and specify who the artist is at that time. The winner of this challenge will receive the Seal of Beauty. Note: Don’t submit a design for the contest until the Charites make an announcement.

Veyils rose to become True Ascendant Deichtine of Life
Description: The Nine Seals will merge together and form the Staff of Ascension. The staff can only be held by the nine challenge winners who are marked by one of the seals. When the staff is released onto the astral plane, it cannot be taken off of the astral plane. Whichever of the nine winners holds the staff for one full Lusternian day shall arise to become the True Ascendant!