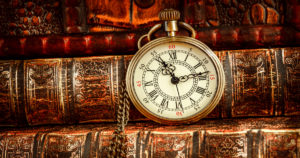 The divine scholars have convened together to discuss the workings of the Great Libraries, including the tasks of publishing and critiquing books as well as the nature of the Library Prestige Contests themselves.

As a result of deliberations, there have been notable changes to HELP GREATLIBRARIANS and HELP PUBLISHING, and there is a new HELP PRESTIGECONTESTS.

Most of these changes are clarifications of already existing rules. Particularly there is clarification of divine scholar considerations in critiquing scholarly books, including:

The divine scholars recognise that the scholarly endeavour is by its nature potentially veiled in shades of grey, and do not expect absolute accuracy or adherence to lore. Likewise, varying, even contradictory, perspectives may be found scholarly books without problem. However, acknowledgement of such potential differences is important.

The most likely cause for review failure due to lack of evidence is if the scholarly work is written from the vantage of absolute truth, as if declaring canon, without the above noted evidence. The easiest way to prevent such a review failure is to include caveats or room for disagreement in book contents. For example, “It is rumoured that X caused Y. If we take the rumour to be truth, then it follows that…” or, “Though this books sets forth many principles relating to Z, it is by no means an exhaustive work…” or, “Some say that God A did B in the years prior to the Taint Wars…” Obviously, the above examples are also not exhaustive, but they set for an example of allowing room for growth and disagreement.

These noted clarifications in Library matters are in place as of this writing.

Our hope is to dispel confusion around the Library and publishing and to provide the information to allow our Librarians and writers to produce the best works they can!

On behalf of the divine scholars,
The Oneiroi
← Craft Design OverhaulDefinitely Not Plagued →