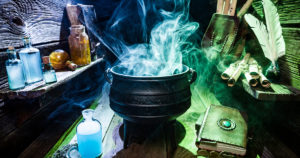 For some time now, We have been evaluating the strengths and flaws of Our design system. We believe that the Lusternian design system is one of the hallmarks of the game, and one of our greatest features. We also understand that over the decade and longer that it has existed, its rules have grown…unruly.

Today We can announce that We have devised a streamlined and simplified set of rules for the creation and submission of designs within Lusternia. We, along with everyone here in the Havens, believe that these rules will both broaden the horizons of your creativity and render the design system easier to access for those newer to it.

These rules will be fully announced and come into effect on Wednesday, 14th August 2019.

We understand that you will doubtless be keen to know how the system will be changing. Here are the highlights:

The transition to the new system will involve the entire design system being taken offline for a period of time on the release date. This will be done in the early afternoon server time (GMT) to minimise disruption. When the system is brought back online, the new rules will be in effect.

We hope that you are as excited as We are. We would like to say a tremendous thank you to the coders behind the scenes who have valiantly brought Our vision, wide-reaching as it is, to life.