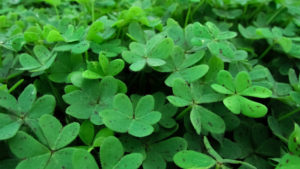 There is 30% price reduction on credits for the month of March! This means the actual price of credits is reduced by 30%, which are purchaseable at Credit Page! If you have Iron Elite, you will still get your 10% bonus credits on all credit purchases!

Also, it is the anniversary of the death of Old Cashel Connlaodh, King of the Leprechauns, the leprechaun population gathered to celebrate his reign.

However, as the green ale flowed, old arguments rose about who should lead the leprechauns, which finally resulted in overthrowing King Seamus Connlaodh, calling for a new contest to see which of Old Cashel’s children should rule the leprechauns.

Thus, Gilligan Connlaodh and Eileen Connlaodh have returned to try to wrest the crown from their brother Seamus.

You can help the leprechauns to choose their new leaders by helping either Eileen, Seamus or Gilligan, who each have a rainbow on the path of nature on Avechna’s Peak, where you can visit them. By helping the leprechauns, they’ll give you a shamrock of their faction.

This is a DAILY QUEST which can be completed by influencing 12 leprechauns loyal to one of the leprechaun royalty. Shamrocks can be combined into groups for easy carrying–IF YOU EAT A GROUP OF SHAMROCKS, THAT IS YOUR LOSS. YOU WILL NOT BE REIMBURSED. You can then take the shamrocks to either Gilligan, Eileen or Seamus and SHAMROCK TRADE FOR COIN will give you a free Czigany coin!

Whichever faction has given out the most shamrocks at the end of the month will become the new leprechaun leader and will stay as a permanent quest in Lusternia! You can only receive the presents once per game month.

Oh, by the way, there’s a little known fact about leprechaun magic: they gain the power of invisibility when they’re drunk! How one can overcome that, we’ll leave it for you to discover.