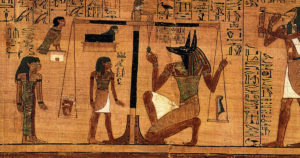 From all across the Basin, mortals came to battle with their words – facing off in a series of rapid debates to determine who would stand for the Seal of Justice during Ascension. At the end of all the debates it was Ixion who proved himself to have the sharpest tongue among the eleven competitors.

Kalas Ixion of Magnagora holds the Medallion of Justice

The other victors are as follows: