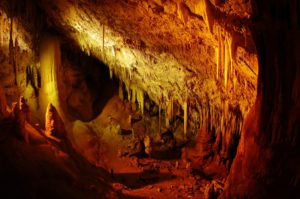 Translated as best as possible from a scrawled, near-illegible slate recovered from the Xeeth Laboratories…

Time… time… it came, my turn, Promised… a Promise. He’s not happy I escaped. Promised… must protect… Basin. Deliver the words. Wrote them down so I won’t forget. I burrowed up, get out, deliver the words. The time has come. They came, are they here to hurt me? No, safe? Maybe.

I have no army this time… protect… protect them! Promised.

I’ll make one, I sense them, that’s what I need. Strong psionics, combat him, and the other him. He’s dangerous. They don’t know! Deliver the words. They need to know.

Screams and screaming, they don’t understand! …just one more cut. Enough flesh? I remember flesh… They will understand… one day. I promised… Promise… Am I too late?

Remove the kephera carapace… soft flesh beneath… no not the inner worm… can’t kill… no killing… SAVE THEM. Save them all!

He has come. He is dangerous… why me? …Promise.

Several reports confirm the initial suspicions, psionics users are most afflicted by the turbulence currently. I am told the Temporal Conclave reported a Code Black to Marquis Yarith Shevat, while psionicists there – Lady Sylandra Shevat, Ascendant Ejderha Zayah, Lady Zyphora Windwhisper, and Marquis Khydan Shevat – attempted communication. It is unsurprising they were unsuccessful. My own experts agree this is not a sentient force.

From the Glomdoring, Shadow Warden Athree and Dark Marshall Veyils Ysav’rai approached the illithoid for answers. Neither Master Otekrug or Cthoglogg, the High Ritualist, were forthcoming or informed. A pity, though perhaps it is well, considering… The bloodthirsty illithoid seemed to only wish a cease of the pain, I require wiser courses of action, of course. No matter.

Undaunted, it seemed Shadow Warden Athree sought wiser consultation in the Wise Lady and Master Quettle. The latter bespoke of trying some tea and meditation for the headaches. I cannot say I agree with that, but thankfully, my skills and arts are not affected by this phenomena.

What transpired next was more disconcerting than all the above.

A sink hole was heard and from it a gibbering madman appeared. My sources have yet to report more details, I shall keep you posted.

The insane dracnari came bearing prophecy, a dire one. I fear this man. Hopefully, he is come too late and will not cause much trouble.

He brought with him, upon his skin and within a parchment, a true Verse of Magnora. It is almost time now.

In better news, it seems the combined forces of the Basin are more preoccupied with the recent kidnapping of Queen Tutotophet and Overseer Cyaratalegur. From Chairman Falaeron Shevat, recently elected Emissary Doman Trueflight, Ascendant Ejderha Zayah and Marquis Maligorn Shevat, all were too busy to contemplate the madman’s words. This is very well for us.

Lady Zyphora Windwhisper found evidence to confirm the kidnapping was done by the same insane dracnari. This also works well in our favour.

Shadow Warden Athree and Dark Marshall Veyils Ysav’rai, joined by Marquessa Chirbi Faefyre, approached Ambassador Ilogbog who did not know much either. Though I am told the illithoid starting spying heavily on the kephera around this time.

High Priest Yishughom performed a blood-binding ritual with Lady Grey Vatul Feyranti as witnessed by Marquis Cazanto d’Vanecu and Dilettante Eitelbeth. The shared affliction manifests quite unusually. Blackouts, bloody noses, falling over in pain… but the overall and largest complaint are the headaches. I shall monitor these results, they are curious. Something else is breaking through and I only hope it shall not interfere. We are too close!

Their hands were finally tipped: the kephera and illithoid have grown their forces considerably by teaching their deadliest arts to Hallifax and Gaudiguch respectively. It is exactly as we hoped. Now we see the full horizon, every piece of the chessboard clearly visible.

Amusingly both of the captives were found together, missing limbs, first found by Marquis Ushaara and Marquis Maligorn Shevat, then Marquessa Esoneyuna Talnara, the kidnapper already fled from the scene in the Xeeth Laboratories.

I am told Tifja in Gaudiguch aided the mangled illithoid by regrowing strange limbs, perhaps this would be useful to harness in future.

Enough idle conjecture. All stories point to one thing: this insane madman, by the name of Qetuo, is dangerous to our plans. He has gone into hiding but I shall send word to keep an eye out for him.

One final matter for your review, though I cannot understand its import yet: the psionic headaches have not stopped. I find no correlation to this Qetuo and the psionic events, but I rule nothing out as taught. So I await, watch and report.