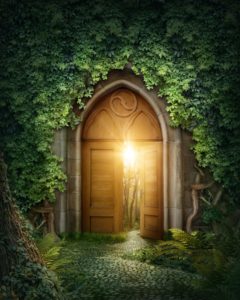 The sound of sparrows graced the Serenwilde forest in the month of Kiani, 484 years after the Coming of Estarra. The brown and silver birds flew in flocks across the forest skies and attracted the attention of a number of Serens. Curious about the unusual visitation, Serens fanned out to try to find the birds. Before long, Vates Arboreal Anita discovered a method to coax the birds to trust her, and with the help of Elissata, Minkahmet, Orimi, Bandeon, Aknarin and Ejderha, she was able to attract a flock of the melodic sparrows.

And yet, Serens were not sure what to do next with these unusual birds. After several false leads, the will-o-wisp Little Lleucu, formerly of the Spiritsingers, was attracted by the crowd and appeared before them, commenting that the sparrows reminded her of the embodiment of the Voice of Trialante some years ago. It was then that Hearkener Elissata Silvermoon remembered that the sparrows did indeed nest and call to the Voice of Trialante with their song, years past.

As Serens begin puzzling over where to bring the birds to call the embodied Voice, Little Lleucu cried out in alarm! She knew the perfect place – Trialante’s sundial of memories – and yet… At this, Little Lleucu bobbed away in her usual flighty fashion.

About half a day later, Serens heard the voice of the igasho Cataka Hurosh carrying across the forest, having a discussion with the little will-o-wisp about a certain ‘unveiling’. After a brief back and forth, Serens were called by Cataka to come to the location of their old Library. Risen from the ruins before them was now a grand structure fashioned of oak and moonhart: The Woodbine Lyceum, a centre of culture and learning for the Serenwilde, of which Cataka will be Curator. The forest’s fae architect, who had been working on the project, granted the Serens access to the Lyceum with great pomp and circumstance.

As Serens gazed in awe at the Woodbine Lyceum, Little Lleucu zipped inside, heading for the sundial of Trialante. It was there that she instructed the unusual sparrows be taken. Again, Anita took to the task, searching with great fervor for more of the brown and silver sparrows. When they were all collected at last at the sundial, the birds flew up and began to sing. Time appeared to move backwards in that quiet glade, as night turned to day and then night, faster and faster and faster. Slowly, amid a ring of ghostly, dancing sileni, Anita and Elissata saw the arrival of Trialante, the Untamed Muse, who is the Voice of Trialante dwelling in the body of an ancient sileni songstress. The Voice has returned again out of time.

Anita, Elissata, and Aimoku were the first to receive the blessing of the embodied Voice of the Goddess. Her song, redolent with the echoes of Creation, rose above the trees in golden melodies, causing leaves to unfurl and even the wind to pause to listen.

In great amazement and respect, various Serens visited the Woodbine Lyceum over the course of the following days. Within the new structure risen from the ashes of destruction, they found tributes to the forest’s past, present, and future. And as for the Voice of Trialante… Her song and presence faded with time as She returned to the past. And yet, perhaps, She may come again.

The songs of the sparrows continue to sound across the Serenwilde.

← Love on the RocksLusternia 13 Year Anniversary →