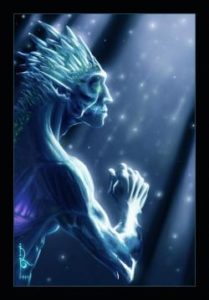 Getting lost while trying to find help is bound to make anyone a frustrated, weeping mess, right? Poor girl, this Moana Cracy, she arrived in quite the state of upset already. Things were uncertain when our own Heart of the Crescendo, Marquessa Xeii Shevat, could not calm the woman but as we learned of her story, it was understandable. She became a tracker after the destruction of her family home by orcs, who we now know are the same that inhabit Mount Krog and assail previous citizens of our Beacon of Harmony. At this, my own heart went out to the girl.

Marquis Nelras Shevat and Marquessa Kendra Zayah did their best to console her in order to hear her full story. Apparently, she stole proof of the orcs in Mount Krog being aided by a new ally, a stronger ally, and supplied a staff for evidence to Chairman Falaeron Shevat. Her initial wariness of the kind and gentle Heart was due to a poor experience in Talthos, where she was given the blueprints for a tracking device but otherwise told to ‘get lost’ with her ‘human problems’. We in the Collective are of course protective of our own and would wish to aid the lucidians isolated in Mount Krog, so she came here, apparently hesitant to come originally. Unfortunately, those blueprints required a vast sum of our resources, including the corpses of every orc of the current generation living in Mount Krog…

Emissary Shedrin Windwhisper and the Chairman discussed the proposal behind closed doors, but they judiciously decided to look into it first, before spending our hard-earned coin on a goose hunt!

Witnesses saw Intern Yehn Windwhisper, Marquessa Xeii Shevat and Marquessa Kendra Zayah leave to consult the villagers in Talthos where Klu’athic Adom confirmed knowledge of Moana Cracy and that he did indeed provide the blueprints, though admitted little knowledge of the contents. Thanking him, Intern Yehn Windwhisper left the group to investigate Mount Krog, where she discovered a nefarious result. The leader, Kralg, proclaimed the power to banish the lucidians at-will and betrayed the ability with the Intern as witness.

Investigations complete, Chairman Falaeron Shevat was satisfied and declared death for the orcs of Mount Krog. While he retrieved the necessary supplies, Marquis Gero embarked on a mission of genocide.

With every orc in the machine, I hear tell, it revealed a viscanti in robes. None have been able to identify the figure in question, though I understand Intern Yehn Windwhisper continues the search in earnest. If such an enemy is allying with the orcs in Mount Krog, Hallifax may very well be next, right?

I got to know that Moana Cracy real well while she rested in the Institute dormitories. She’s quite the tracker! Though most people get lost in the city, she mastered it real quick, especially at night. She says tracking by the stars is easier than just the sun, I might need to try it some time.

I gossiped with her a bit about the latest news in the city, she wanted to learn anything and everything she could. Such a quick study. We giggled over Overseer Maligorn Shevat drooling on himself after one of those nasty Gaudiguchians pranked him with some weird rainbow pill. She seems VERY interested in this story, how much the pill affected the Overseer and whether the Gaudiguchian got the same dose. She found it amusing so we talked even more over the next few days while she explored the city.

Finally! Lady Zyphora Windwhisper approved Moana’s citizenship application. I was so pleased! She told me, she was so very grateful to Marquis Nelras Shevat for writing it up, and Minister Orventa Trueflight for the friendly chat and assistance too. I am so glad we live in Hallifax and that we’re citizens now. I’ll feel less bad about gossiping with her.

Like about that time… the Board… oh, well, I guess I shouldn’t write that on paper!

The lower wards are in a tizzy! Straight from the mouth of Lafu Longplume himself, Moana Cracy did us a grand favour. She found one of those Gaudguchian scoundrels and kidnapped him here in a big ol’ sack! She’s super strong for such a small thing.

Overseer Maligorn Shevat, Emissary Shedrin Windwhisper and Chairman Falaeron Shevat with the Marquessa Aramel Shevat (his wife, you know!) interrogated the foul-mouthed thing for HOOURS. But, Oh-My-Word, that spindly thing squeaked past Moana and Lafu to escape… NAKED. Oh what an awful sight, he left his robes behind and everything! I don’t know what they did in their interrogations, but Lafu said it wasn’t pretty and the language of the creature, worse yet!

(written in the neat and shaky handwriting of some unknown servants)

← Wish you were here – love, NirenaBad for Business →