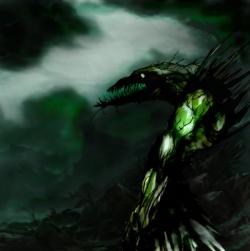 In the month of Estar, 475 years after the Coming of Estarra, the cities and forests of the Basin of Life were visited by two humans by the names of Elsa Fallows and Constance Walker. They claimed to be members of the Lusternia Humanistic League, an organization they described as being devoted to research about humanity, human history, and human origins. Their goal was to find new topics of research for submission to the League.

Elsa Fallows first approached New Celest, meeting Caleb, Skanylla, Kreon, and Tridemon. She asked them for leads on human populations or genealogies, explaining that she needed a new research project on human bloodlines in order to win a research award. After fruitless forays into Celestian lineages (as Elsa was only interested in human families), Celest citizens finally sent Elsa off to see Bob the Trader, who is presumed to be human. Elsa was not satisfied with her conversation with Bob, however, and wandering on, she eventually ended up in Magnagora. Elsa’s effusive praise of the Engine of Transformation earned her the bemused attention of Magnagorans gathered at the Megalith of Doom, including Lillie, Rolsand, and Kailanna, who offered her the option to research the lineages of the city’s viscanti Great Houses. Elsa was interested, however, only in families “full of humans”, and thus was in the end directed by Magnagorans to one of the human villages “south of the Inner Sea, north of the Moors”.

A day or two later, Elsa showed up in the great forest of Glomdoring, completely lost. She found Rancoura in the Great Library of the wyrden forest, and when she learned that she was not in a human settlement, but rather in a forest commune, Elsa began to yell in frustration. Her yells brought the presence of Xenthos and Athree. Xenthos suggested the village of Duum, where xenophobic and isolative humans dwelt, as a perfect place for Elsa’s genealogy research. However, in exchange for the location of Duum, Xenthos requested the location of the Lusternia Humanistic League headquarters, which Elsa was unwilling to divulge without consulting her colleague Constance. Thus, the Glomdorians led the lost genealogist out of their forest and sent her on her way to meet up with Constance.

Meanwhile, Elsa’s bespectacled colleague Constance Walker was making a search of her own. Constance first approached the great forest of Serenwilde, where she was met by extreme suspicion by nearly everyone she encountered. Urdnot, Enyalida and Everiine grilled her incessantly while she tried to explain her alchemical research into physiology, diseases, and cures as related to humans. Faythe was more willing to speak and listen to the woman, learning that Constance was hoping to find a human settlement for her and her colleagues to study. In the end, however, no one had any answers for her, and Constance was sent onwards to Hallifax.

Near-sighted as she was, Constance travelled by mistake to Gaudiguch, where she met Letarne. The Gaudiguch citizen disabused her of the idea that the fiery city was Hallifax, and instead set up a meeting for her and a few Hallifax citizens at the Aetherplex upon Avechna’s Peak. Doman and Orventa arrived from Hallifax and listened to Constance as she once again explained her research and her hope for a population of humans to study. Others continued arrving as the discussion progressed: Esoneyuna of Gaudiguch, Yarith of Hallifax, and the conversation soon turned into a conflict between those of Hallifax and those of Gaudiguch regarding the proper way of conducting research. Constance became overwhelmed by the argument and eventually begged leave to seek out her colleague Elsa, with a vague promise of returning to Hallifax at some later time.

All was quiet for a number of days as the cities and forests settled into their old rhythms. But early in Urlachmar, the Basin of Life was rocked by a wave of nauseating energy, and everyone on the Prime Material Plane experienced a vision of sickening appendages, parasites, cestodes, and nematodes. Insanity afflicted all who were affected, and even as the victims reeled, they noticed dark clouds and lightning flashing over the Balach Swamp. So began a search through the Village of Duum, the bowels of the Soulless God Muud, and even the Aegis of Vestara. But nothing seemed entirely amiss at the time.

In mid to late Urlachmar, travellers along the roads of the Basin began to notice pools of noxious slime that hindered their movement and at times afflicted them with disease and plague. Though most simply shrugged off the slimes as nuisances and went on their way, a few began to wonder if there was something more to the slime pits, and whether there was some way to remove them. Centuries-old Iytha of Hallifax recalled the potential meaning of the slime pits from long past memories, and she rushed back to the Village of Duum to see if anything might be amiss. There, she found that the researchers of the Lusternia Humanistic League had already been drawn to the village by the insanity wave of the month before and had set up camp. She also found Elsa Fallows in an odd trance and unresponsive to any entreaties. Constance Walker, Elsa’s alchemist colleague, was in a state of agitation due to Elsa’s odd behavior and begged Iytha to help her gather ingredients for a cure.

As Iytha helped Constance brew an initial cure for Elsa, a rumble echoed across the Basin coming from the Southern Passages. Many across Lusternia rushed into the Undervault in order to seek the source of the noise. After dead ends and false leads, Faythe and Torgaddon of Serenwilde, with helpful directions from a kephera convoy leader, managed to find a hidden way from the Southern Passages into the maze of tunnels underneath the Village of Duum itself. A period of confusion ensued. Some were not convinced that the cave-in occurred at the new passage into Duum; others went exploring elsewhere the Undervault for new openings, but could not find any. Eventually, those who returned to Duum at long last began to hear the yells and shouts of various Duum villagers, including the oddly behaving Elsa Fallows, who was still in a trance and in cohort with Duumites. Constance’s initial cure had not worked.

Iytha then resolved to chase the problem to its source, gathering a group of varied Lusternians to raise and then slay the Dread Lord of Contagion within the Village of Duum. The killing, however, caused Constance Walker even more distress, given she was in the process of producing a more potent cure for Elsa Fallows, and the raising of the Dread Lord had hindered that process. Iytha was appropriately apologetic and immediately began gathering the ingredients needed for the new cure. Meanwhile, Faythe of Serenwilde and Dys of Gaudiguch remained with the very distraught Constance, taking her mind off of Elsa’s plight by playing games of ‘I spy’. Xenthos also arrived on scene while they waited, revolting the alchemist with lurid displays of his plucked out eye, which the Gaudiguchian Dys ate with eagerness.

Finally, Iytha laboriously gathered all the ingredients for the cure, restoring Elsa to her own mind amid the laments of Duumites. Faythe promised Constance that she would return to play more games of ‘I spy’. And quietly, without anyone noticing, the slime pits on the roads disappeared without a trace…

And so, the researchers of the Lusternia Humanistic League returned to their research once more, having finally found a village worthy of their studies. What will be the fruit of their research? What is the relationship among the Village of Duum, the Soulless Muud, and the insanity wave that swept through the Basin? And will the strange affliction that had affected Elsa Fallows return once more to empower the Village of Duum to dark ends?

← When the Bells Toll in MagnagoraBattle for the Wheel →