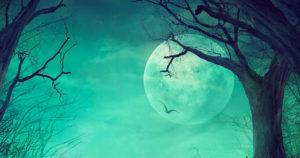 A brilliant flash and massive crashing heralded a massive opening in the sky, and from it a comet of tenebrous mist fell to the Serenwilde forest. Those first to the scene were quick to find within the Centaur Hills an odd, dancing wisp of black mist with a flame within. After interacting with it, those of the Verdant Land seemed to realise it responded to their actions almost curiously, perhaps cautiously, but were quick to scare it off with a burst of fireworks.

Soon thereafter, the true presence behind this commotion made his presence known however. A being who made himself known as Seniit the Manipulator began to appear within the forest, greeting the dwellers with a friendly charm and referring to it as ‘The Pillars’ and his home, stating he had returned after a long trip to the Void. The people of the forest guardedly accepted him while they speculated about his origins – a fae, a returned Elder, some old warrior.

Seniit continued to make friends amongst the forest, proposing parties and ‘storytimes’ with his new ‘family,’ while often lamenting his old. An inquiry was made regarding his family, and Seniit revealed that he was the brother to Xarriv and Mamaac, who had some decades before plagued the forest and left it sundered. This of course left the forestfolk who could remember it on guard, though they were not quick to rile the maddened half-formed within their domain.

Trouble came when a wayward Wodewose, Sibirn, began to speak of fae being kidnapped. Seniit took this as a threat to his home and began to craft defenses, his black mist spreading throughout the forest and forming massive tree-pillars in strategic locations to ‘defend the fae from kidnappers.’ The forest seemed split on this, with many seeing the half-formed as a powerful potential ally, while others seeing him as an unstable threat.

Tensions came to a head when Minkahmet ordered Seniit to leave the forest for attempting to hug Sondayga. When his fellow communemates joined him, including Moonhart Circle member Sarrasri, they backed his decision. Angered by being told to leave his home, Seniit turned the defenses he raised upon them, deciding them intruders and immolating them in a blast of mistfire.

The two mists clashed, and while many were distrusting of Grey, many eventually sided with him as a lesser evil. The black mists turned into a storm within the forest, scattering wildlife and snapping branches loose from trees, as Seniit waxed his power. In his games, he sat upon the throne of his domain and demanded a crown, setting his eyes upon the massive twisted antlers of the White Hart.

Under the urgings of the mysterious Gray, the forest formed a plan. Xiluym of the Wodewoses suggested a trap, and it was suggested by Arien of the Listeners that the guilds of Serenwilde led the way. So toward this end, each of the guilds of the Serenwilde enacted a part of the trap for Seniit. The Listeners would provide the bait, the Wodewoses the cage, and the Sowers would strike the coup de grace upon the half-formed.

In a final, deadly game, Seniit unleashed a massive storm upon the forest, and hundreds of his sentinel pillars rose amongst the trees to strike down its dwellers. Grey came to offer the aid of his mist to those who would take it, and the forest was cleared with much determination and effort as, at the same time, each guild prepared swiftly their part of the trap while the half-formed was distracted.

Arien and Minkahmet prepared a ritual which would summon a spiritual representation of the White Hart as bait, hoping the half-formed would be so entranced by the ‘crown’ that it would fall for the ruse. Sarrasri, Sibirn, Xiluym, and Everiine of the Wodewoses, along with Udilya of no guild, prepared the trap, drawing protective wodesigns around the forest and upon their weapons and their bodies, preparing to hold the being in place. Vefai and Eleniel of the Sowers beseeched Sparrow for the mysteries of the seedvault in search of something which might provide insight on how to slay the half-formed, and found instead a weapon they planted at the Nintoba Naos – though where it came from or how long it had been there is a mystery.

As the Listeners’ ritual concluded, a massive vision of an ethereal Hart rose, drawing the half-formed’s attention. As it attempted to strike the death-blow, the Wodewoses sprung their trap, and aided by both their wodesigns and the white mist, the half-formed was contained long enough for the Sowers to conduct a ritual, and through it, cause a massive thorned vine of silver and emerald with a single, five-petalled flower to sprout and pierce the Manipulator, wrapping around his form and constricting him as a noose.

In the end, he dissipated into an umbral mist, his presence confirmed by Grey in his last words to Serenwilde to have returned to the Void. However, this does leave many questions in the air: How long until another of the half-formed comes to haunt the Basin? Who is this mysterious Grey and are they truly benign?