We commissioned some concept art for two of the original cities in Lusternia. First up is Magnagora, where the artist captured the dark, polluted, urban cityscape centered around the Megalith of Doom, seen rising through the tainted air in the background. For Celest, spiral shell towers frame the sea-inspired architecture in soft blues, whites and golds, and the Pool of Stars is seen on the side shooting a stream of Light towards the heavens. We are very pleased with these pieces and have already put them to good use on the website. The reveals were released on Twitter through a series of snippets. Be sure to follow us on Twitter for continuous updates and reveals! 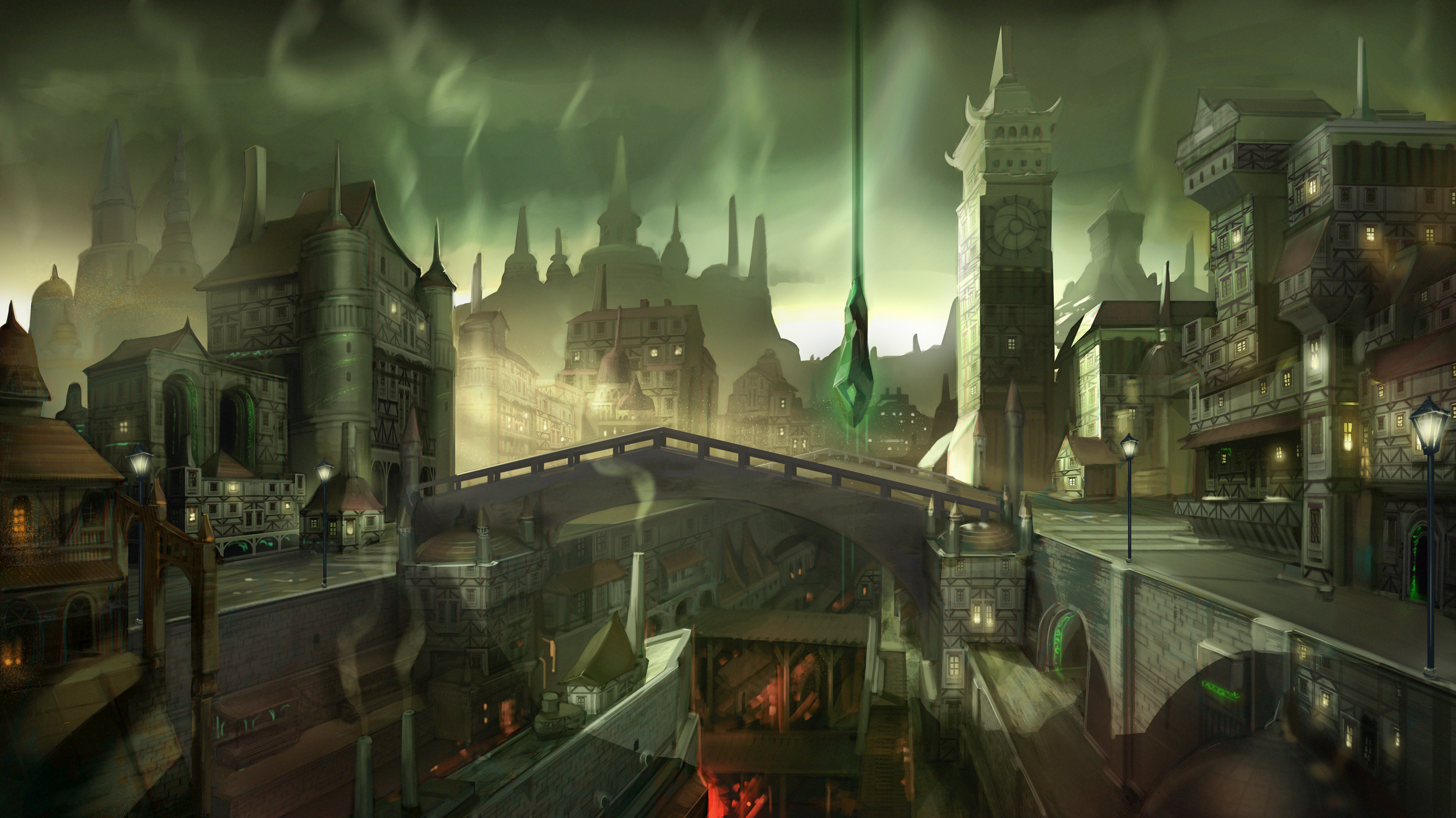 Magnagora, the Engine of Transformation 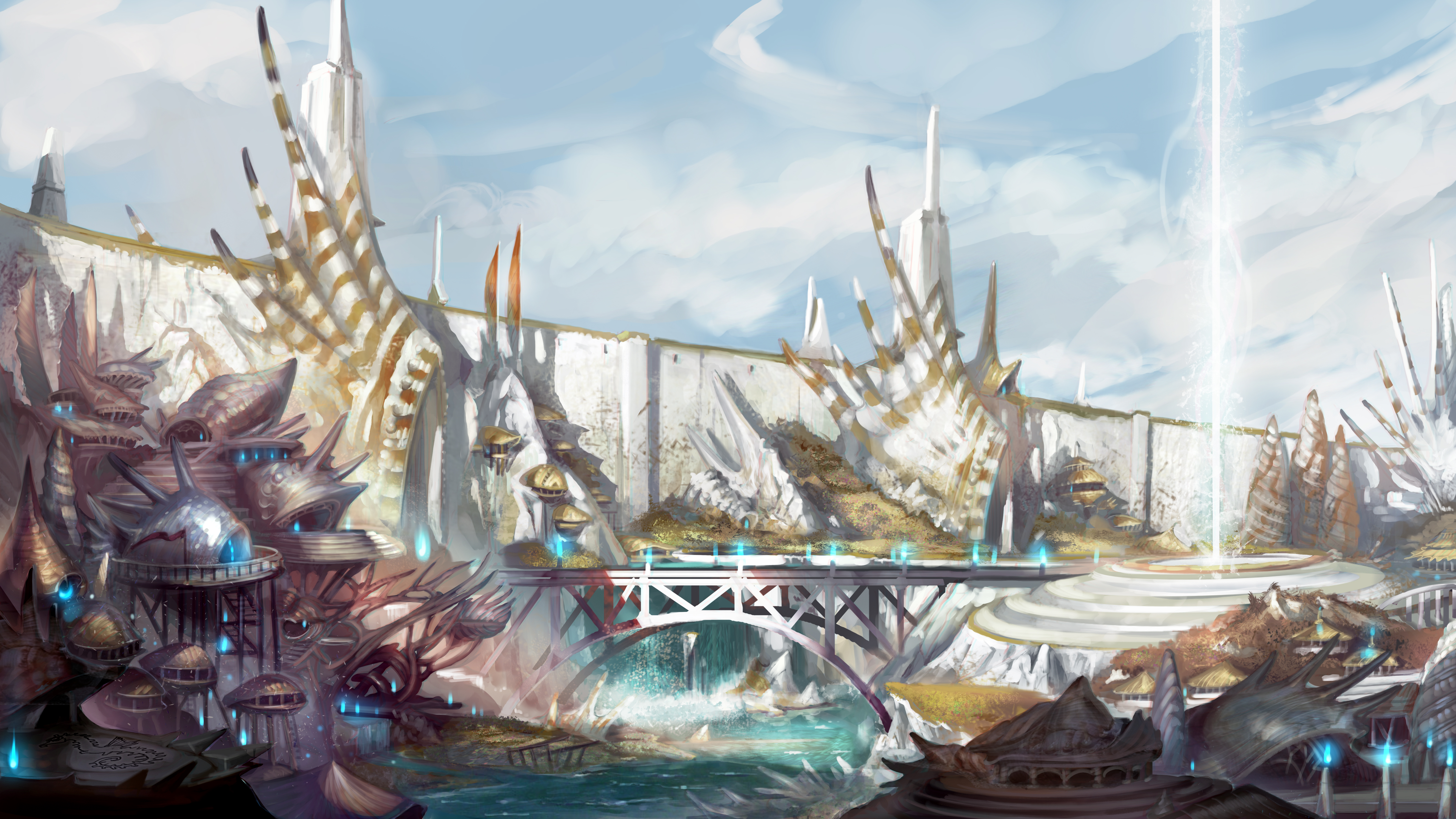