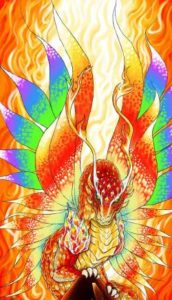 It was a quiet summer day in Avechary, 471, when strange happenings began in the City of Freedom, one of those insufferably hot days where all you want to do is curl up in a corner and nurse your hangover with a cold bottle of the next hangover. Dancers weren’t dancing. Thinkers weren’t thinking. Brawlers weren’t brawling. Even the whores weren’t whoring. Perhaps this opened the door to those sneaky up-to-no-gooders, providing them the perfect opportunity to nose about. As Letarne may tell you, they certainly looked as though they thought they could go about unnoticed, snooping and scribbling, scribbling and snooping. When a reveller cried out that someone had stolen from her, he came to investigate, soon finding a mysterious figure tiptoeing out between shadowed buildings – looking QUITE suspicious. Determined to find answers, Letarne hounded the sneak, trying all manner of persuasion on him in order to suss out what he was up to. Much to his chagrin, no offer of drinks or dancers – nor threats or friendly banter, yielded anything from the tight-lipped fellow. Each time the figure was cornered he’d slip out of Letarne’s grasp, leaving a very frustrated Minstrel indeed.

An unwelcome guest is one thing, but an infestation of unwanted guests is an entirely different matter, and this is what the few who roused found themselves with. Figures darting about and scribbling notes as they went, their subtle differences only noticed by those who cornered them long enough to get in a word or two. Eventually some of the citizens grew sore enough to start swinging, others trying a subtler approach of influence by weakening these figures’ seemingly united resolve. Both methods proved somewhat effective, halting the intruders for a time, though their mission was still a mystery. Scraps of paper were found on occasion, falling from their pockets as they fled or fell, each piece leaving more questions than answers. This frustrating situation had speculation flying everywhere as to the figures’ origin. The clues received leaned heavily towards Hallifax as the main culprit, but was that too obvious and easy an answer??? While many awaited these figures’ return in order to puzzle more together, their patience was for naught… they never returned, or grew far better at concealing their shady activities.

Some months later an ear-splitting explosion rocked the top of the Great Pyramid, followed quickly by the enraged roar of the Guardian Drachou as he voiced his alarm. Before anyone had gathered their bearings, millions of ethereal shapes dotted out the sky, flitting through the streets to circle the Pyramid in a swarm of fluttering wings – butterflies, chaotic ones to be precise. Soon Drachou’s confused roars transformed into frustrated bellows as the swarm descended upon him. Depraved in their pheromone-addled state, the insects had but one goal, and unfortunately for Drachou he was it. Citizens were quick on their feet, slaying the would-be ravishers quite easily, though it quickly became apparently that what they lacked in power the butterfly swarm had in sheer numbers. Unable to perform his duty, Drachou hunkered down, swatting out and snarling in rage and irritation, his perplexed face occasionally glimpsed between fiery, feverishly fluctuating appendages.

Would his defilement end? Why didn’t they at least buy him a drink first? How did these tiny creatures think they were going to satisfy a dragon? All these questions and more burned in the minds of Drachou’s rescuers as they took down butterfly after butterfly, and soon the apex of the pyramid was naught but a sea of twitching bodies and broken wings. It was the Most Venerable Shimotabi Xiim who suggested the corpses be tossed into the Eternal Flame. Whatever chaotic energy writhed within them, he ascertained, was only reborn after a time should they be disposed of in any other manner. This theory proved correct as the corpses were tossed in, one by one, and those that were failed to return to plague a much traumatized Drachou. Any relief was short-lived, however, as a string of explosions shook Gaudiguch to its very core.

THE END OF WHAT WAS

Looking on in horror, Gaudiguch could only stare, stunned, as plumes of black smoke and dust stained the sky – as screams of terror and sobs of pain echoed through the streets, utter chaos reigning while the Pyramid of the Templars fell. An eerie silence stole through the city, a pregnant pause that screamed as loudly as the residual ring now hanging in the air like a noose around the throat of Freedom. Suddenly, an explosion much like the last, closer, louder, ripped the silence violently from being. Screams echoed from the theatre as hungry tendrils of smoke rose, curling through the sky. As another muffled explosion shook the city time seemed to slow, acidic wafts of effluvium sweeping through Gaudiguch on a merciless updraft of desert wind. The air was still ringing when several more blasts erupted, their source the Pyramid of the Pyromancers, which crumbled in a deluge of still-burning debris and chemical smoke. Several phoenixes rose from the destruction, their sharp cries echoing through the air in a panicked carillon.

The turmoil consuming the city intensified as all turned their eyes to the last pyramid standing save the Great Pyramid – the Pyramid of the Illuminati. Made all the more beautiful by the desolation of its sisters, it rose high and golden-bright, its pinnacle breaking the clouds of smoke that seemed to be trying so desperately to strangle Gaudiguch. Suddenly the entire top of the Pyramid erupted, caving in upon itself and everything within and below. The gold so artfully adorning its exterior liquefied beneath the intensity of the heat, drizzling in dazzling tears down the skeletal remains. Chaos was now absolute. Enraged, grief-stricken cries echoed through the streets of Gaudiguch as rioters swarmed and brawls broke out, the citizens of Freedom expressing their discontent in fiery, and for more than a few, drunken outrage. Who was to blame? Surely someone!?!? Though overcome with loss, quite a number of citizens immediately set out to rescue anyone who might have survived the holocaust, and this sad, sorry state of shock and numbed survival is where a majority remained in the many months to come. Unsurprisingly, Gully escaped without a scratch, sequestering himself away in the bar where he could lament and drink to his heart’s content. A very shaken Hardari Ghan, Akungi Saim and Shimotabi Xiim were also accounted for, and like their comrade Gully, took to the cups not terribly long after.

Late in Shanthin a furrikin named Ziamu traipsed into Gaudiguch looking for the “person in charge”. Upon finding out his pa had been caught in the first explosion, and hadn’t survived, he went from merely angry at the state of things to livid. Why wasn’t anyone reacting? What about vengeance? What about justice? He wanted blood! Hell-bent on getting it, Ziamu Firetail rallied a mob to get just that, declaring that they were going to fight for the people when nobody else would. Shuyin and Danquik were quick to join the cause, as were Enadonella and Breandryn, who cleverly infiltrated Hallifax in an attempt to glean information. Many deaths from both sides, one kidnapping and attempted interrogation on a Luce Shevat later, the Goon Squad was formally formed, and they invited all who would fight in the name of the People to join.

Not long after another citizen lifted her voice in an attempt to rouse the spirit of Gaudiguch, which was flagging heavily beneath the shroud of loss and despair. Aanisah Xeth, a long-time dancer at the Palace of Pleasure, arrived at the flame one evening amidst the jingle of bells, her flirtatious smile given quite freely to several who lingered there as she rallied them to her cause. Fighting was all well and good, but the pulse of Gaudiguch lies in the revelry, she stated, urging everyone to remember where that spirit took root so long ago. Those of like mind, namely Letarne Ashgleam, Eritheyl Ryseni, Kistan, and Kalas Malarious, joined her rousing movement, determined to be the vessels of this message of hope that the city so desperately needed, and thus the Revelry was born.

It was during an uncharacteristic lull that a few odd looking flesh creatures were seen carting books through the city – a tubular ribbachi, a beautiful sludgeworm, a ground-bound spix, a melodious morrible, and an untangled hekoskeri. While roaming flesh is the norm in Gaudiguch, they’re rarely carrying books and with such intent, thus an investigation ensued, and these steadfast fleshies were followed by the citizenry into the ruins of the Illuminati’s pyramid. There, they were met with the sight of a tall, slim dracnari woman engrossed in her work. As her minions dropped off the volumes they’d gathered, she turned to find an audience, and was quick to enlist their aid – though at first she was met with much suspicion. Tifja Blacksand, as she introduced herself, had been away on a mission when the catastrophe occurred. Returning posthaste, she set upon a new, self-appointed one, to ensure that all the knowledge of the guilds was not lost. There were many secrets kept, she said, many things that must be protected. With swift efficiency she banded the Seekers of Illumination together, enlisting Vyell, Shuyin, and Steingrim, among others, to help her with her work.

Some small sense of normalcy returning, everyone set to task, seeing to the needs of the people while steadfastly moving forward within these newly founded factions. Gaudiguch would rise, many said, like a phoenix from the ashes, stronger and far better than before. Such a powerful concept as Freedom cannot die, not truly, so long as it lives on in the hearts of those who make it their own. With its heart exposed, the City of Freedom was rekindled, very much the same and yet very much changed.

← Deception and Madness UnleashedMamaac the Melder and the Sword of Serenity →